The teaser of Into The Wild with Bear Grylls featuring actor Vicky Kaushal has been released. Vicky shot for the episode a couple of weeks back in the Maldives with Bear. The duo set out on an adventure where they had to go deep-sea diving, wade through mangroves, and eat raw crabs. 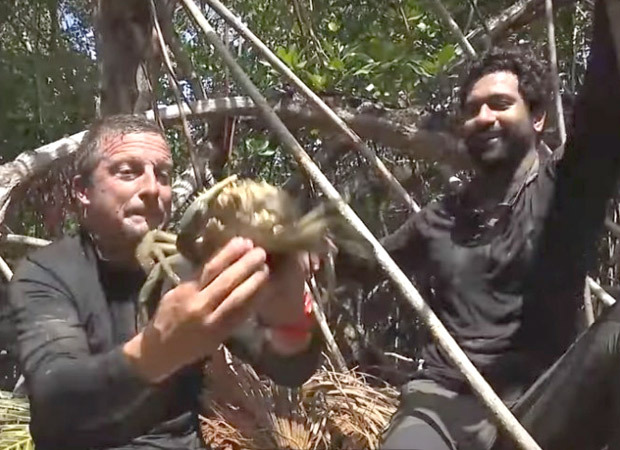 In the video, Vicky shares that he is scared of deep sea water before he faces his fear and jumps into the ocean filled with deadly marine animals. The duo is also seen wading through stubborn mangroves and are also seen consuming raw crab. Bear says that if Vicky can survive here, he can survive anywhere. “Josh is at an all time high,” says Vicky in the promo video.

The show has Bear Grylls taking prominent stars on a 48-hour journey where they are faced with difficult situations. They have to push themselves in order to survive. In the previous season, PM Modi, Akshay Kumar, and Rajinikanth had embarked on an adventurous journey with Bear Grylls. Ajay Devgn was also seen in an episode in this season.

Vicky Kaushal’s episode will be premiered on discovery+ on November 12.

ALSO READ: From personal revelations to facing his fear, here are key highlights from the episode of Into The Wild with Bear Grylls and Ajay Devgn