The shoot for The Kapil Sharma Show has resumed. Kapil Sharma, Bharti Singh, Krishna Abhishek, Archana Puran Singh among others returned to the sets after a long time. The first guest is none other than Akshay Kumar. 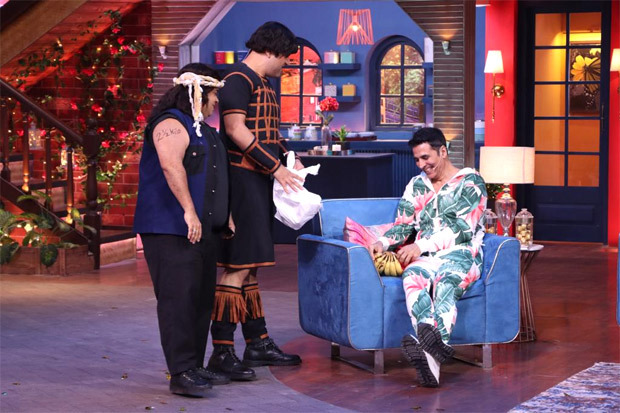 After the trailer launch of Bellbottom, Kapil Sharma and Akshay Kumar had an exchange on social media where it was confirmed that the latter would appear on the premiere of the show. On Saturday, Akshay filmed the episode and it seems like the audience is in for lots of laughter.

The Kapil Sharma Show is set to premiere on August 21. Meanwhile, Bellbottom will arrive in theatres on August 19.

Also Read: Akshay Kumar’s response to Kapil Sharma wishing him the best for Bellbottom will leave you in splits