Radhe – Your Most Wanted Bhai, starring Salman Khan, released on May 13, 2021, that is, on the occasion of Eid. Due to the deadly second wave of Covid-19, it was mainly consumed by Indian viewers on the pay-per-view platform, ZeePlex. But since it went for a hybrid release, it managed to release in cinemas well. But that happened only in the state of Tripura where it saw a release in 3 cinemas. 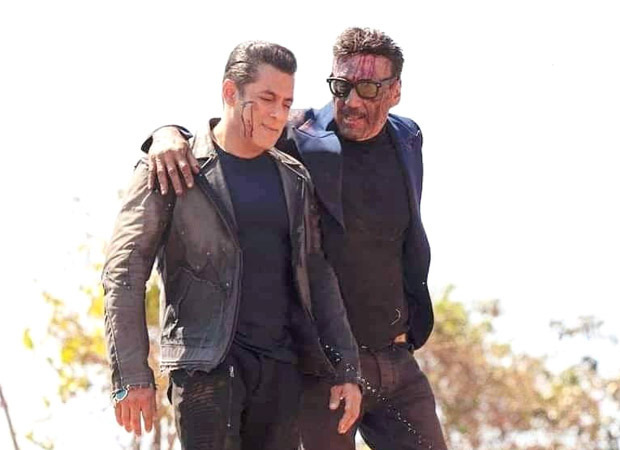 From June 11, Radhe – Your Most Wanted Bhai released in two cinemas in Maharashtra, in Enjoy Drive-in cinema in Malegaon and Khinvasara Cineplex (formerly Apsara Cinema) in Aurangabad. From these two theatres, the action entertainer managed to collect Rs. 30,143. From Friday June 18, Enjoy Drive-in cinema decided to discontinue the film. But Khinvasara Cineplex continued showing the film twice a day, at 3:00 pm and 6:15 pm.

Interestingly, the collections of Radhe – Your Most Wanted Bhai have remained rock steady. Bollywood Hungama had reported a few days back that last Friday, 22 tickets were sold in these two shows while 25 tickets were sold on Saturday. On Sunday, the theatre reported sales of 55 tickets. This is the highest number of tickets sold for Radhe – Your Most Wanted Bhai in a single day at Khinvasara Cineplex.

An industry insider says, “Imagine a film that was trolled left, right and centre and which has been easily available online for more than 40 days. And yet a small but significant number of viewers are still coming to see it on a daily basis. This shows the true stardom of Salman Khan and also that viewers are desperate to get back to cinemas, especially to watch big-budget films.”

The three-week collection of Radhe – Your Most Wanted Bhai now stands at Rs. 1,15,204. Khinvasara Cineplex has decided to continue playing the film this week as well, at 3:00 pm and 6:15 pm. Sadly, the film’s run will be halted from Monday, June 28 as Maharashtra has decided to impose restrictions owing to the spread of the Delta Plus variant.