Priyanka Chopra is back in US and has reunited with husband Nick Jonas and his family as they all attended the Jonas Brothers Family Roast which will soon arrive on Netflix. 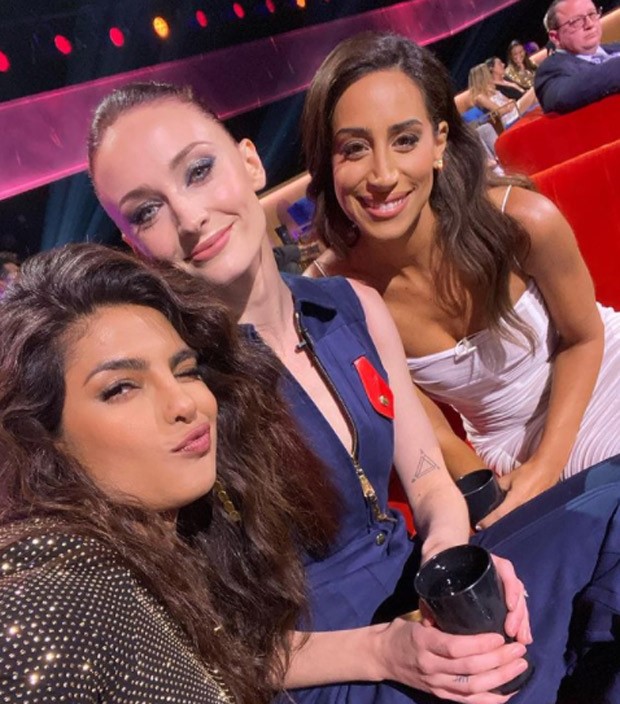 On October 31, Priyanka took to her Instagram account to share some pictures. The actress is seen sitting among the audience along with her sisters-in-law Danielle Jonas and Sophie Turner and father-in-law Paul Kevin Jonas, Sr. Priyanka clicks the selfie while chilling with Danielle and Sophie, their father-in-law is seen seated at a distance and focused on what’s happening on stage. Priyanka is in a black dress while Sophie is in blue and Danielle in a white spaghetti dress. 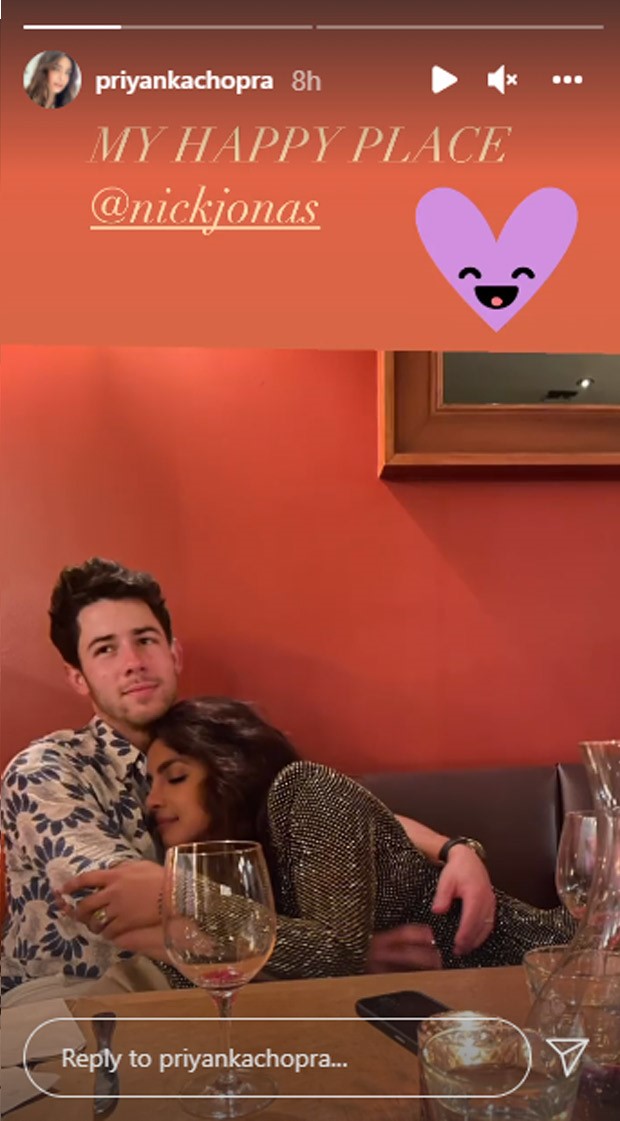 She writes in the caption, “About last night… with these beauties. Also don’t miss senior in the corner #jonasbrothersfamilyroast @netflixisajoke #Roasted coming to Netflix on November 23!”

She also shared a candid picture with Nick Jonas on her Instagram Stories and called it “My happy place”. The two seem to be enjoying each other’s company after the event. The actor followed it up with a solo picture of herself relaxing in the winter sun at her Los Angeles home. She seems to have ditched her swimwear for a cozier outfit as winter sets in. She tagged “Sunday Funday” and “Home” in the post on her Instagram Stories.

The Jonas family had recently come together for the Jonas Brothers’ concert last week. The Jonas Brothers are the subject of Netflix’s first ever Family Roast, premiering Nov 23, the streamer announced recently. Bringing the heat for Joe, Kevin, and Nick Jonas is Joe, Kevin, and Nick, actually. The Jonas Brothers Family Roast comedy special “celebrates the universal truth that no one can get under your skin quite like your own family. You’ll see the multi-platinum global superstars the Jonas Brothers like you’ve never seen them before through sketches, songs, games, and special guests — all to give them a roasting they’ll never forget,” Netflix said in a release.