The makers of Superstar Mahesh Babu’s highly anticipated flick Sarkaru Vaari Paata being directed by the Parasuram directorial have come up with rejoicing updates. While they have released the First Notice poster, Superstar’s Birthday Blaster is announced to be out on August 9th. 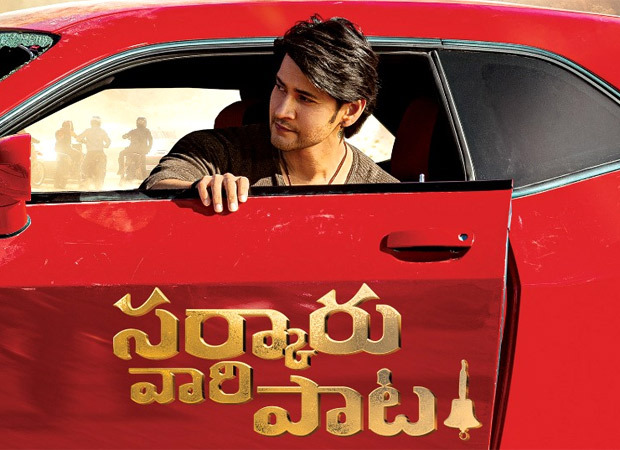 The First Notice looks kick-ass and different from regular first look posters. Mahesh Babu appears at stylish best and he is seen coming out of a luxury red-colour car. Sports a tiny round earring, long hair, and a one-rupee coin tattoo behind the ear, Mahesh Babu is super cool here in trendy outfit.

We can also see three men leaving the place on bikes. This all hints at Mahesh Babu going to take on them. The poster is striking and sets the bar high for Superstar’s Birthday Blaster to be out in another nine days.

The poster also shows January 13th as the film’s release date. It’s an ideal date, as the next day will be Bhogi, followed by Sankranthi and Kanuma. The extended weekend will favour the film to rake in record collections.

On the other hand, Sankranthi is a lucky season for Mahesh Babu who enjoyed several hits for the festival. Particularly, his last movie Sarkaru Vaari Paata ended up as the highest grosser for the actor.

Music sensation Thaman SS is providing music for the film, while R Madhi is the cinematographer. Marthand K Venkatesh is the editor, while AS Prakash is art director.