Lalit Pandit, one-half of the Jatin-Lalit duo recalls the experience of working with Anand Bakshi. “Anand Bakshi Saab, my brother Jatin and I met for music session of Dilwale Dulhaniya Le Jayenge (DDLJ) at Mr Yash Chopra’s bungalow. Bakshi Saab would get the briefing for the song situations, go back home, write the song and then return again to Yashji’s home with the words for the song.” 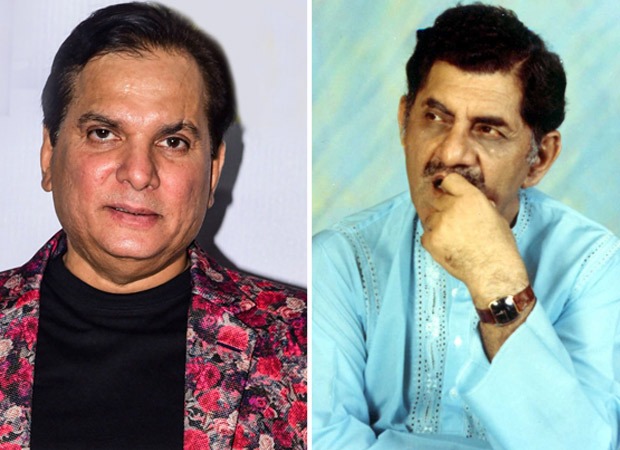 Lalit makes a startling revelation. “Do you know the opening two lines of ‘Mehndi lagake ke rakhna—Yeh kudiyan nashe di pudiya, yeh munde gali de gunde’ – was not only written by Bakshi Saab but also composed by him in one sitting on Yashji’s request. Yashji said, Shah Rukh’s entry in the song must be done to the accompaniment of the special two lines. Anand Bakshi Saab wrote and composed Shah Rukh’s opening. The rest of the song was composed by me.”

Apparently Anand Bakshi secretly composed the tune for several hit songs. Bakshi Saab has composed many songs without taking credit for it. He has composed the mukhda (opening riff) of ‘Gadi Bula Rahi Hai’ (in Dost) and ‘Aaj Mausam Bada Hai’ (Loafer). Only the opening riffs are Bakshi Saab’s. The rest of the song you can make out the mature harmonies are Laxmikant-Pyarelal’s.”

Recalling Bakshi Saab’s speed, style and substance Lalit Pandit says, “He wrote a song for any situation in a jiffy. Aur kamal ka likhte the woh! He would call us at his home at 4.30 pm for other soundtracks like Albela, etc. that we did together. He would start at 4.30 and have the words for the entire song ready by 5.30 pm when he went for his walk. For him writing the lyrics for a song was like having breakfast. Hanste khelte kaam ho jaata ttha.”

Anand Bakshi didn’t like to write in the lyrics to pre-composed tunes.

Recalls Lalit, “Bakshi Saab would call before a musical sitting and ask if my brother Jatin and I have already composed the tune. I’d say no. He’d say, ‘Good, let me arrive first then we’ll do it together. Sometimes he’d come with the words for the mukhda. While he would be conversing with people, his mind was constantly writing songs. Many times while I’d play the tune he would hum along the words created there and then along with the tune. This suited producers just fine. Tune and words together, that was Bakshi Saab’s USP. He was a great artiste. Mahaan insaan Anand Bakshi.”