Last year, Gunjan Saxena – The Kargil Girl, the Jahnvi Kapoor starrer based on a real-life war hero, was released on Netflix on August 12. Though the film got embroiled in some controversies, it had an overall positive word of mouth with almost everyone praising Janhvi. 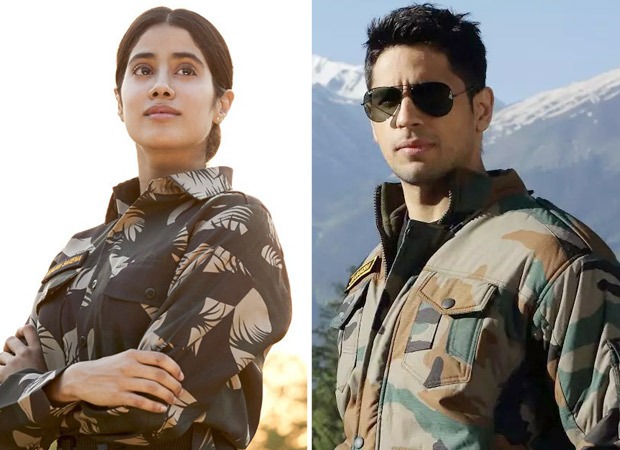 This year, August 12 saw the release of Shershaah, starring Sidharth Malhotra. The war saga was out on Amazon Prime and also got a lot of accolades. The performance of Sidharth especially was highly appreciated.

Interestingly, both the films have a lot in common apart from their release dates. Shershaah is based on Captain Vikram Batra, who fought bravely during the 1999 Kargil War. Similarly, Gunjan Saxena – The Kargil Girl is based on the life of a brave female combat aviator who also served the country during the Kargil War.

The similarities don’t end there. Both Shershaah and Gunjan Saxena – The Kargil Girl are produced by Karan Johar’s Dharma Productions! Add to this the fact that both films even had the same release dates (albeit in different years) makes it a very interesting and fascinating coincidence!

Had the pandemic not wreaked havoc, Gunjan Saxena – The Kargil Girl as well as Shershaah would have been released in cinemas. Gunjan Saxena – The Kargil Girl was originally scheduled to release on the big screen on April 24, 2020 and Shershaah on July 3, 2020. Shershaah’s theatrical release date was then pushed to July 2, 2021. Sadly, the second wave led to a change in plans due to which Shershaah also made its way on digital.

Nevertheless, it led to a back-to-back digital success story for Dharma Productions. These are the only 2 films from their slate that went straight to OTT. And the way the response has been proved yet again that this is one of the finest production houses in Bollywood. Here’s hoping the lockdown-like situation eases for good so that no more genuine, well made and worth-watching-on-big-screen type films skip a theatrical release.