Sara Ali Khan, born to be a star, or so she thinks. She was a star in her head from childhood. I saw Sara when she was 9 or 10 at the Screen awards for Black where I had accompanied (gate-crashed with) my friend Sanjay Leela Bhansali. That evening Black swept the awards. We were all in a celebratory mood. In the middle of it all this, a chubby little girl walked right up to Sanjay, did an Umrao Jaan adaab and left. 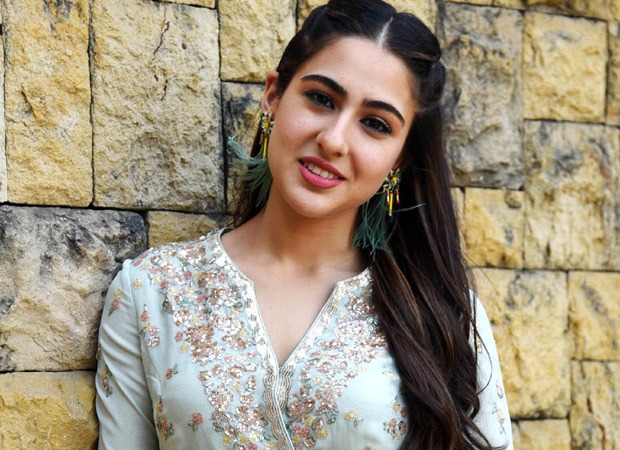 “Who is that girl?” I asked Sanjay amused and curious.

Years later when I recounted this incident to Saif’s first-born she was all for it. “Of course this sounds very much like me. I am what I am I guess it comes from being honest. And that’s the only way I can be. Let those who can lie convincingly do it. I can’t! I start fumbling the minute I lie. Staying true to myself suits me just fine.”

When I first interviewed Sara she struck me as clever and confident, more her mother than her father. When I asked if she thought she deserved to be one of the most talked about newcomers Sara quickly shot back, “80 percent of it, I deserve. The other 20 percent I don’t know where it is coming from. And it’s making me feel very grateful and emotional.”

She never attended any acting school. Sara was at Columbia University at the same time as my daughter. Kareena enthusiastically offered that they meet up. But my daughter was not keen. Of course soon after Kareena was not interested either.

Sara remembered visiting her parents on their sets. “I had been on film sets before to see my mother (Amrita Singh) shoot in Kalyug and my father (Saif Ali Khan) in Omkara. But all I did was play around with my parents’ co-stars’ makeup. Kedarnath was my first opportunity to observe filmmaking and be part of the process. My only tool of working on the sets was my honesty. Of course I always wanted to be an actor.”

So if she wanted to be an actor from childhood why did she waste her parents’ money by attending one of the best universities in the world? “To me education was not a means to get a job. It was my way of widening my horizons. I didn’t think I was going to be practising lawyer after attending Colombia. Education has made me a confident person. It doesn’t only teach you history and geography. Education gives you insight into life. It gave me a heightened awareness of life that helped me become a better actor.”

Being raised by a single parent didn’t seem to bother Sara. Or she told me. “I was more than okay with that arrangement. I think having two happy parents in different homes is much more preferable than two unhappy parents in the same home. I think I am the way that I am because my mother didn’t let me feel any kind deprivation for even a second. I have a very hands-on mother. Once my brother and I were born she did nothing but look after us. My father was always a phone call away for both of us. I’ve never felt he was not there for me. In many ways I am glad my parents were not together. I know they’d have never been happy together. And if they were not happy I’d not have been happy.”

Nor was she perturbed by Saif’s undivided attention for Taimur. She righteously defended her father’s absence in her growing years. “When my father was living with us, he was completely taken up by me. When he moved away he was still as caring. There’s nothing he wouldn’t do for me. Even when he doesn’t live with us, the thought that he’d do anything for me makes me feel very special. My father may not be there for me the way he is for Taimur. But that doesn’t make me feel any less special.”

Sara’s abundant self-confidence has stood her in good stead. It has helped her to survive a disastrous performance in Imtiaz Ali’s Love Aaj Kal. I do hope Aanand Rai’s Atrangi Re where she co-stars with her father’s colleague Akshay Kumar, gives her a chance to prove she can act.