Bigg Boss OTT has been making a buzz around the corner over the past weeks. The surprising elements have been keeping the audiences glued to the screens and the high voltage drama has been keeping them engaged. Now, yet another surprising element is all set to add another spice to the show. The one to add such elements is non-other than popular television actress Nia Sharma. 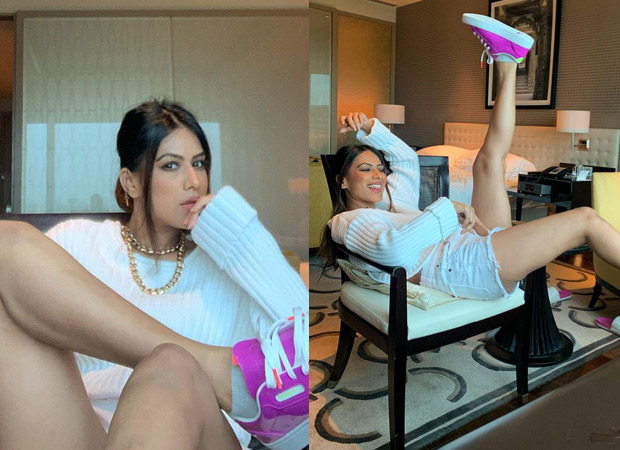 Yes, you heard that right. Nia Sharma is all set to enter the show as a wild card entry on September 1st. There have been speculations of Nia entering the house previously and now the actress herself confirmed the news. On her Instagram, she shared a sizzling hot post confirming the same. The post has a couple of pictures in which Nia is donning a ribbed white sweater paired with matching shorts. She completed her look with pink shoes and tied up hair. Sharing the post Nia wrote, “Chalo kuch toofani Karte hai…BB OTT on 1st September.”

Nia Sharma is a very popular face of the Television industry. She has featured in daily soaps, including Jamai Raja, Ishq Mein Marjawan and Naagin. the actress has always been vocal about her opinions and thoughts. It’d be interesting to watch how her entry changes the dynamics of the game and the relationships of housemates.

Last year, it was reported that she was all set to participate in the 14th season of the reality show, but opted out at the last minute due to some apprehensions. She has been approached multiple times however, she turned down the offer every time.

Also Read: Bigg Boss OTT – Divya Agarwal justifies herself on Karan Johar’s allegations, says ‘Why won’t I shout when his statements are making me suffer here’